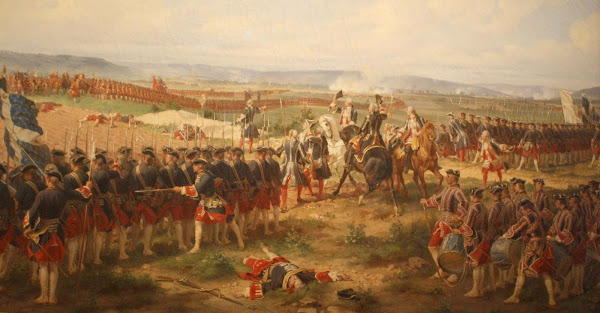 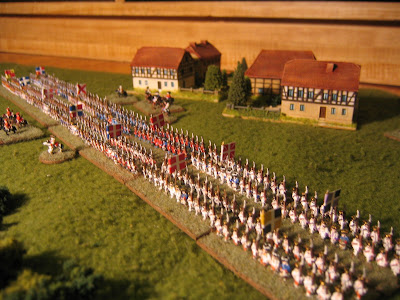 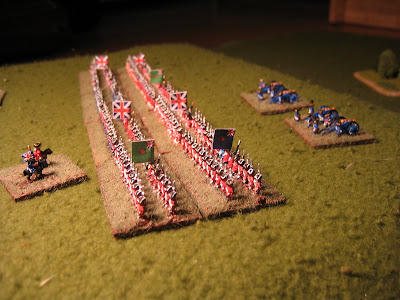 A few new shots of the Baccus stuff. I think the armies are coming together very well. A look at both armies on the mat however makes it obvious that I need more artillery. Right now I have four guns for the British and Two guns for the French (two light guns as well). I am afraid to make any orders to Baccus because of my lack of will power. I know that before I know it I will have placed an order for some Seven Years War artillery a few grenadiers and then something like a Russian army pack (still on target though not needed yet), A bunch of WSS stuff (off target), and a French Franco Prussian War army pack, French Napoleonic army pack, some siege guns, a bunch of flags, some War of the Roses figures, and well you see what I mean. So the artillery will have to wait until I finish off the remaining British cavalry and a bunch of the Adler WWII stuff.